Kinesio taping is a relatively new method of rehabilitation for children diagnosed with cerebral palsy, the effectiveness of which has been clinically proven. It was the result of six years of clinical trials and was developed in 1979 by Japanese chiropractor Kenzo Kase. The doctor’s goal was to create a technique that would preserve the effect of the therapist’s hand for a long time. This revolutionary method received international recognition in 1988 when Japanese athletes showed their results with Kinesio Tape applications.

Since 1995, kinesio taping has become a part of medical care and rehabilitation programs in clinics in the USA and Europe. In 2013, a small study was conducted, as a result of which it turned out that in 2012 alone, 15 million applications of kinesio tapes were made worldwide.

In Russia, in 2015, the National Association of Kinesiology Taping Specialists was established. Its main goals are to conduct scientific research and popularize the methodology as an effective therapy for rehabilitation. 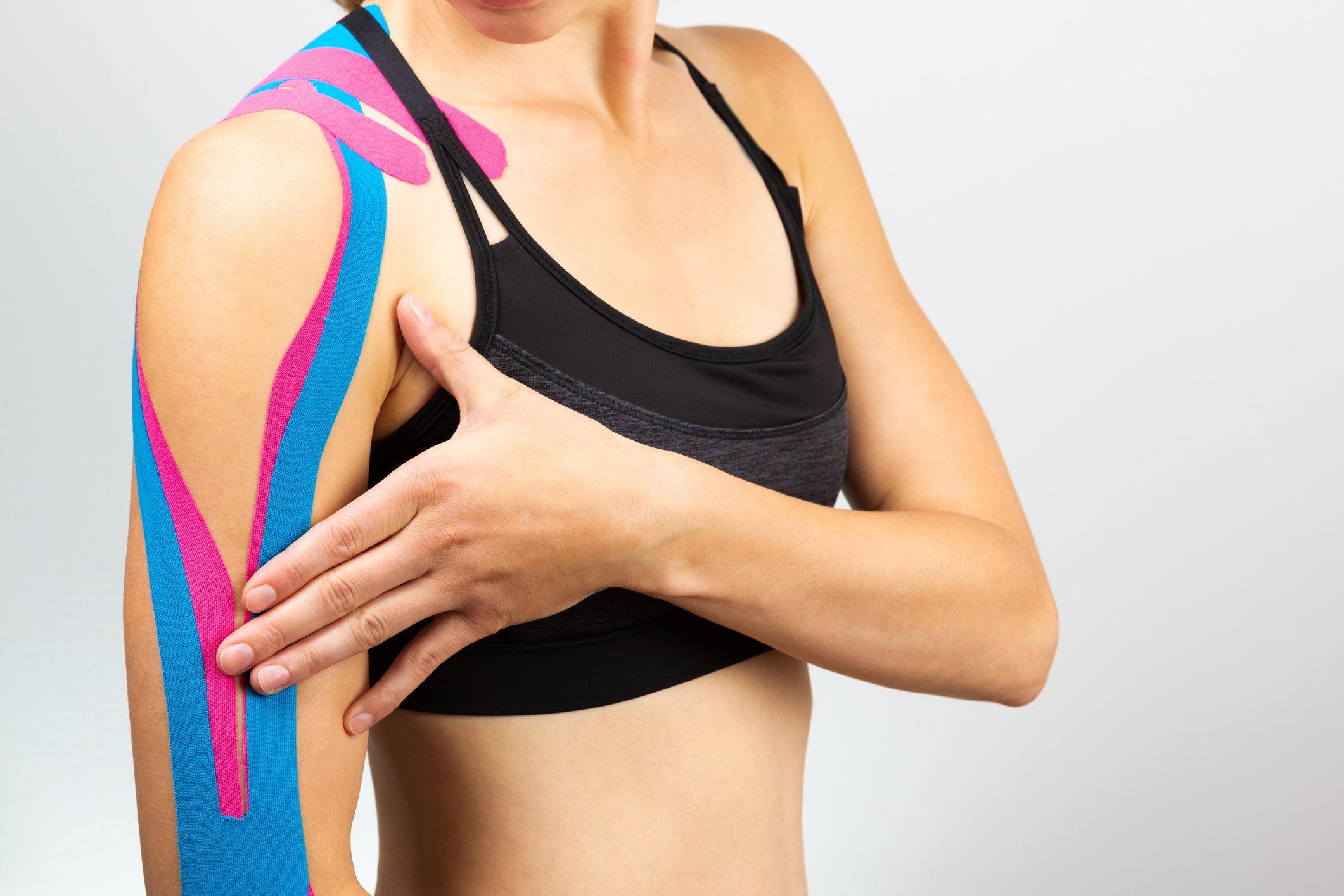 This method has entered applied therapy from sports and rehabilitation practice. The technology of the method is based on the use of Kinesio Tape – an adhesive tape made of a special fabric that resembles a medical plaster in texture. In professional sports, tapes were used to securely fix and support injured joints, while ensuring their full mobility. And only recently these “patches” have been actively used in rehabilitation programs for children with cerebral palsy.

Tapes help to facilitate the work of muscles, increase their stability and improve motor function in cerebral palsy. They allow you to fix the joint in an anatomically correct position without blocking its mobility. Adhesive strips are made of hypoallergenic natural materials with excellent breathability. It is these properties that make it possible to apply taping for up to 5 days, without harm to the skin.

The effectiveness of taping in cerebral palsy

Tapes significantly reduce the load on spasmodic muscles and improve the elasticity of paretic muscle fibers. Thanks to the imposition of plates, muscle groups that are under constant tension are fixed in the correct position and remain fully mobile.

A feature of kinesio taping in the treatment of cerebral palsy is that the plates are applied around the muscle, and not on top of it. The action of teips is based on physiology – the body itself mobilizes its resources to restore normal functioning, without drug support. This method goes well with other activities that are part of the rehabilitation program.

The use of kinesio taping in the rehabilitation of patients with cerebral palsy provides the following effects:

Places for applying tapes should be determined strictly individually for each child with cerebral palsy. The layout of the plates depends on the physiology of the body. The main task is to ensure the fixation of the joints without limiting their mobility. Only a qualified kinesiology taping specialist can correctly determine the primary sites for applying tapes. Self-treatment without prior consultation and training, at best, will not give the desired result, and at worst, it will harm the health of the child.

At the Galileo Center, the kinesio taping method is actively practiced by specialists and is included in the rehabilitation programs for neurological patients. Teaching parents how to apply teips plays an important role in the therapeutic process, so this issue is given special attention. The plate overlay scheme has a number of features:

So that taping does not turn into another medical procedure for your child, we recommend using tapes from the children’s series – with bright colors: giraffes, zebras, leopards, bows, etc.