Vojta therapy is a unique therapeutic technique focused on the restoration and formation of motor functions. This method gives a chance to move normally to children and adults with disorders of the central nervous system and pathologies of motor development.

Vojta Therapy is one of the therapies of choice that is used both to help children with tempo delays and to treat children diagnosed with cerebral palsy. It has been proven that this technique is very effective in the first year of life, since the brain of a child during this period is surprisingly plastic. However, Vojta therapy can also be used at a later time. This method has been successfully used in the treatment of:

Here you can find detailed information about Vojta Therapy, its effects and features of the Center and at home.

The earlier the better

Vojta therapy is applicable at any age. However, younger patients are more receptive to treatment, and the results of such therapy may be longer and more stable. In the case of infants, the possibility of restoring pathological disorders in the CNS looks even more promising due to the maximum plasticity of the child’s brain. Blocked neural pathways are easily restored at an early age. New stable connections are quickly formed, since substitutive motor stereotypes have not yet had time to gain a foothold and can be rebuilt imperceptibly.

In the case of older children and adolescents whose nervous system has already lost its original plasticity, Vojta therapy can have a noticeable positive effect. When using the technique in adult patients, you can count on solving the following problems:

Congenital motor stereotypes as a key to Vojta therapy

Usually, by the age of 12 months, healthy babies have already gone through the entire chronological chain of normal development. This provides them with all the skills they need to experiment with standing and take their first steps.

However, often due to disorders in the central nervous system, the automatic activation of these innate movements is delayed and inhibits further development.

It is Vojta therapy that includes and restores innate motor stereotypes. This can be done by stimulating certain areas on the body associated with the brain. As a result, therapy leads to the activation of coordinated movements of the body and limbs.

Stages of development of translational motion

Rolling over and crawling on all fours are the two most important movement patterns that precede walking. The CNS triggers them according to a genetic predetermined sequence that is consistent with the growth and development of the components of the child’s locomotor system. This provides him with the ability to perform increasingly complex tasks. All the individual elements that make up such complex movements as standing up (straightening) and walking are parts of these two basic movement stereotypes.

The method of reflex locomotion is the basis of Vojta therapy. It introduces crawling and turning on an automatic level. Thanks to this method, the simplest components of movement become available to the patient:

The patient is placed in a position on the back, side or stomach in such a way that this position can be used for turning or crawling. The therapist at the same time acts on certain reflex zones with his hands, painlessly pressing in the right direction and with the right effort. This type of stimulation encourages the patient, regardless of his age, to reflexively turn around or start crawling. 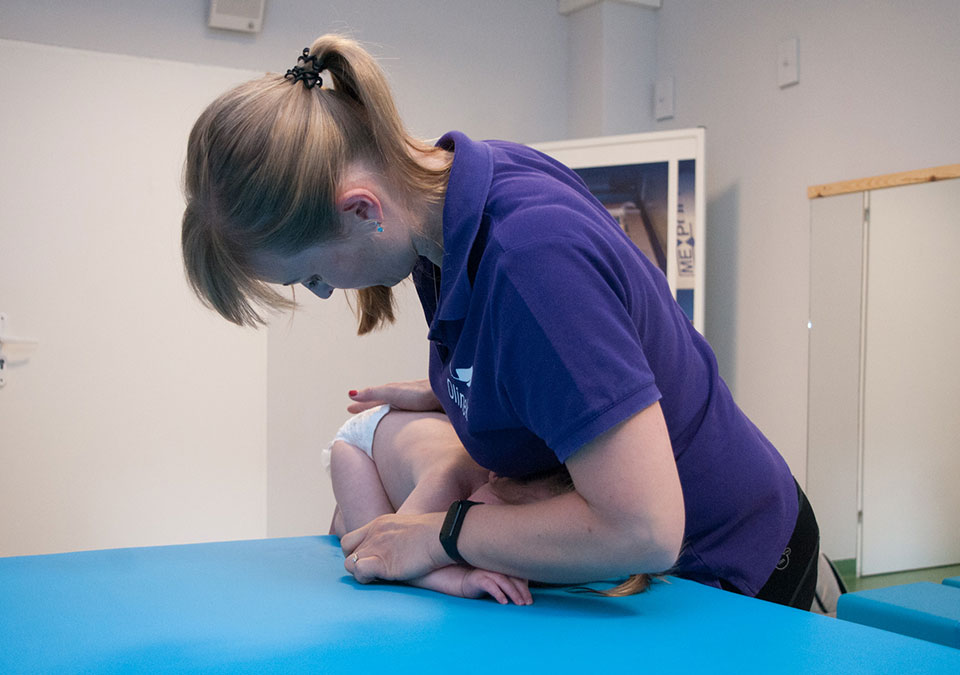 Turning and crawling contain all the elements of more complex motor tasks that require finer and higher coordination and balance. Automatic balance control, translational balance control, verticalization of the body, purposeful grasping and stepping movements are all based on the baby’s movements during rollover and crawling.

The repeated activation of these two reflex movements helps to form or restore the neural pathway that connects the brain and spinal cord. The results of therapy showed

yatsya in improving the coordination of muscle contraction, limb mobility and facial expressions.